The Career Map of a Tech Lead

One thing that makes us really proud is seeing how people can progress when given an opportunity. In our latest Career Map article, we want you to meet Zura Gabievi, our Tech Lead from Singular Tbilisi. He started his career path as a front-end developer and progressed to a tech lead. That’s why we decided to ask him a couple of questions and see the progress of his #SingularStory during his eight years at the company.

Zura Gabievi joined the company in our Tbilisi office back in 2013. At the time, Zura had zero experience – in fact, Singular was his first-ever workplace. Unlike many other colleagues, he didn’t learn computer programming in school – he’s a self-taught developer.

Having this eagerness to learn at your own pace and actually succeed in it says a lot about a person. Zura was given the opportunity to start his tech career as a junior front-end developer and we’re beyond lucky that he decided to take it.

Eight years later, Zura is not only still working at Singular, but he was promoted a few times. The latest one being this year when he progressed to a Tech Lead. Find out more about his experience below and check out the Career Map at the end of the article! 😀

If you are dedicated and you love what you do, then you will achieve anything. – Zura Gabievi, Tech Lead at Singular Tbilisi

Which technologies are you working with?

As a self-taught programmer, I started out working with just CSS, HTML, and Js. I was using jQuery. But as time went by, my skills and tech stack improved a lot. I progressed from junior front-end developer to a tech lead, so I added many other technologies to my cookbook. Now I’m writing with Angular, VueJS, or React. I’m using TypeScript for type-safe JavaScript.

The most challenging part of your work?

As a tech lead, I need to think widely now as the role comes with many responsibilities. One of the things that I always try to maintain on a high level is code quality in the team. Luckily there are tools that help me achieve this goal. But the most challenging aspect in my position is to keep the team organized regularly, as well as all the processes involved. There are many new things that I need to learn, but I need to learn them without making any mistakes.

The most important skill a person should develop to be successful in this role?

The most important skill is dedication. If you are dedicated and you love what you do, then you will achieve anything. You just need to do things by heart. Dedication keeps you in shape and you are improving your skills every day.

Time flies so fast with outstanding teammates by your side! We can say for sure that nothing makes us happier than working alongside people who are passionate about building the world’s greatest gaming software. Zura is just one of the many teammates who started their tech career at Singular and progressed to higher positions thanks to their hard work, dedication, and ambition.

Whether you are a fresh graduate on the search for their first job experience, or an experienced tech professional, we encourage you to take a look at our open vacancies. At Singular, we are always looking for individuals who are willing to grow and contribute to our products with innovative ideas, a challenging mindset, and eagerness to become outstanding in what they do. See Zura’s Career Map below and see how much you can grow as part of our team! ⬇️⬇️

Singular
We talk about best practices in software development from our experience. We also share bits and pieces from our office life. This is our story. #SingularStory
Recommended Posts
RECENT POSTS
RECENT COMMENTS
CATEGORIES
INSTA SINGULAR
World Health Day is just another reminder, that ou

Say hello to Giorgi, Salome and Shorena, our newbi

#MapYourCareer 🚀Do you have a passion for work

Till the next one! @mesa_esports’s Spring Fest c

We are introducing a new segment #SuperpowersAfter

#MapYourCareer Are you a resourceful Front-End Dev


Error: API requests are being delayed for this account. New posts will not be retrieved. 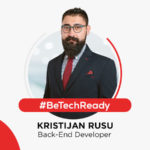 Get news about career opportunities and product updates once a month.